Francine Grimaldi Rienstra celebrates over forty years of business and communication experience. She is a University of Arizona graduate and has worked in radio, television, and marketing in both for-profit and the non-profit industries. Ms. Rienstra has founded, developed, and sold two businesses and is currently the Founder of Via de Dios, a 501(c)(3) Arizona non-profit organization dedicated to establishing a Christian Center to encourage unity, collaborate and partner with organizations and promote spiritual renewal through classes, events and retreats.

Between 1984 and 1994, Ms. Rienstra’s tenacity paid off after a ten-year competitive battle with over 40 opponents for one new FM radio license allocated to Tucson by the Federal Communications Commission. The company was successful through the lengthy process to emerge the winner of the radio license for 104.1FM. In 1994, she signed-on and launched 104.1FM and within a year she oversaw the growth of the radio station to become the number one rated station in its target audience. Anticipating the future of independently owned radio stations having to compete with corporate giants in that era, Francine sold the station to Roy P. Disney. Over her career she has also launched the sales department for KJZZ 580AM, and managed local marketing efforts for the launch of WB58 TV (now the CW).

As the Media & Arts Domain Director of 4Tucson, a Christian non-profit organization, Ms. Rienstra created several teams to help unify creative Christians. After three years, she was asked to take the Marketing Director position where she created and developed the department. Francine’s husband of forty years grew seriously ill and she opted to retire to take care of him until his death in 2016. During her work at 4Tucson, Francine became acutely aware of the divisions between Christian churches and people. Her desire is to unify Christians through offering a central location in Tucson where Christians can break down barriers through collaboration, continuing education, prayer, and participation in events together. Ms. Rienstra formed a group and began to actively pursue locating a property. She filed and was accepted for an Arizona 501(c)(3) non-profit status in June 2017. The new organization, Via de Dios (Way of God), continues to seek an appropriate property and is actively securing funding.

Meanwhile, Via de Dios launched in 2018 at Habitat for Humanity with various Classes, and provided meeting and training space for Christian organizations and non-profits. Since then, we have outgrown the facility and have been welcomed at Hope City Church which offers more opportunities for partnering with like-minded individuals and organizations while sharpening our focus and goals.

Ms. Rienstra has been distinguished with a National Star Award given by American Women Radio & Television. Francine is a member of Desert Hope Lutheran Church, serves on the Prayer Team, is a member of Marie's Centering Prayer Group, and has attended the Contemplative Group at the Benedictine Monastery for several years. She delights in her family of two adult children, their spouses and five grandchildren. “I am very blessed”. “My greatest joy is to follow God’s call while serving and honoring Him daily.” 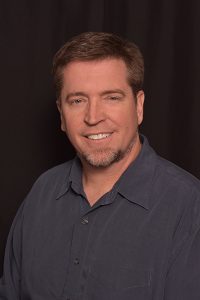 Jason is a native Arizonian who grew up in Tucson. He completed his Bachelors of Arts Degree from the University of Arizona in Religious Studies and History (2000) and has a Masters of Divinity degree from Fuller Theological Seminary.

He enjoys reading on a variety of subjects, as well as teaching and writing on Scripture, theological matters, the practice of Christian spirituality and other topics of current concern. Jason is a staff worker with InterVarsity Christian Fellowship, in the Graduate and Faculty Ministries division; he primarily serves the Graduate Christian Fellowship at the University of Arizona. Jason and his wife are members of King's Cross Anglican Church in Tucson, AZ and he serves that congregation as a Lay Missioner. 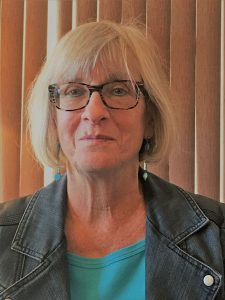 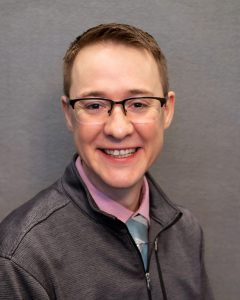 Chris was raised in Tucson where he has served in a multitude of church ministries and positions since coming to the Lord in 2008.  In 2011 the Spirit of adoption moved on Chris’ heart when he married his bride Maria Mendoza, inherited four teenagers and took his new family’s name.  In 2016 he was ordained a Senior Chaplain by the International Fellowship of Chaplains for his work in the community including prison ministry.  Chris currently serves in leadership at The Gospel Rescue Mission as their Community Partnership Liaison where he connects community ministries and services to the one-stop-shop for homelessness at the Center of Opportunity.  He and Maria love to spend time with their kid’s families which now include five grandchildren.

His defining worship lyrics are encapsulated in the lines:

Your will above all else

The art of losing myself

In bringing you praise